That difficult third LP.  Killing Joke were in their absolute prime in 1982 having come off the back of their first two, acclaimed, long players.  Their eponymous 1980 debut is a seminal post-punk LP, it’s stark, industrial soundscape described exactly the way millions of disaffected felt at the time, all tinged with the threat of nuclear war, mind-control and big brother.  In fact it is a lesson in paranoia.

Their second LP, 1981’s “What’s THIS For…!” heralded a change in sonic direction.  Their debut LP has a sound which is a pretty straight forward rock sound.  Meaty – yes – but not over-produced which, in a way, is one of the reasons it still sounds so fresh today.  What’s THIS For…! has an altogether darker, denser sound.  The drums are heavily effected, the bass and guitars are pushed to extremes and the Oberheimer’s on overdrive with gated and droning synth sounds.  It sounds like Blade Runner looks, paranoid. 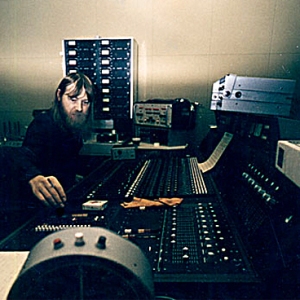 “Revelations”, Killing Joke’s third outing, was released thirty years ago in 1982.  It was produced by the excellent Conny Plank, and incredibly creative, progressive producer and musician which took the sound back to a more “standard” rock sound, but, known for his drum production, Plank gave Revelations a HUGE drum sound, and packed the instruments in around it.  The LP is big, beefy and meaty, and the songs are lean and heavy.

Empire Song – the only single released from the LP (remember those days?), and also release the same month –  epitomises the LP’s sound.  A dirty, overdriven unsettling guitar arpeggio opens, loops, then Jaz’s distorted vocal rides over the top – “back to square one, and the old school backfire…”.  Then the drums and bass pile in – no need for high-hats for Big Paul, he pounds away on the toms filling all available sonic real estate.  Youth’s belching, predatory bass burbles away underneath.  The guitar arpeggios make way for a more urgent, strummed chorus, and one of Jaz’s ubiquitous one line choruses – “Back to square one, another empire backfire”.

Short, sharp and on the money, Empire Song is an absolute Killing Joke classic.  Never really been a fan of the fade out – or any fade out – really.

Back to square one, and the old school backfire,
It’s just begun, let’s watch the blind eyes turning,
Stains on the wall, been waiting far too long now,
Nice day, blue sky, I watch them shrug their shoulders
Tighten the grip (getting tighter),
Now see the ball is rolling,
We take delight, it’s been a long wait for this moment.

Sign of the time, blood pressure running high now,
Nowhere to dance, which channel can you turn to?
We take delight, we watch them shrug their shoulders,
Let’s take delight, it’s been a long wait for this moment.