A new Bad Seeds LP is always a glorious thing (well, almost always), and first out of the traps is the excellent Quietus announcing details of “Push the Sky Away”…

Well, here we are. After those few years away screaming and lurching their way priapically around the world as Grinderman, Nick Cave, Warren Ellis, Martyn Casey and Jim Sclavunos have hooked up with Thomas Wylder and Conway Savage for a new Nick Cave & The Bad Seeds album.

END_OF_DOCUMENT_TOKEN_TO_BE_REPLACED 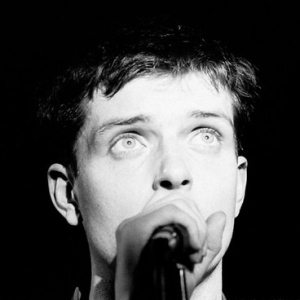 This may just be the Joy Division fans’ treat of the decade… The mastering engineer who prepared the excellent ULU gig from Feb 1980 revisits it, and re-masters the entire gig all over again.  The results are available in FLAC, for free.

In August 2006 I was approached to assist with the sourcing, clean-up and mastering of various Joy Division gigs for inclusion in the then-upcoming double-CD deluxe edition reissues.  The in-between story, between first being drafted into the project and then September 2007’s Warner Brothers/Rhino release of the Unknown Pleasures, Closer and Still Collector’s Editions, is boring and not really worth rehashing.

What is relevant is that six years is a long time ago, with regards to my skill set and general knowledge of audio theory and mastering.  I listen to the stuff I turned in to the band and Rhino in late 2006 and essentially cringe.  Not because it’s bad, because it’s not, but with where I’ve advanced to today my 2006 work sounds amateur to these ears.  And while it’s out there for the world to enjoy (and the two sets I did, for Closer and Still, all got great reviews), I can no longer listen without wishing for a mulligan.

END_OF_DOCUMENT_TOKEN_TO_BE_REPLACED

Following hot on the heels of the Quietus’s 25th anniversary re-appraisal of the Sisters’ Floodland LP, here is an excellent account of the traumatic birth of the Sisterhood and their perennial debut “Gift”, from the equally excellent “Plunder the Tombs”.

Let us now delve into one of the more tempestuous tales in the history of Gothic Rock.

We need to travel back to 1986 when The Sisters of Mercy were riding high on the success of their debut full length release First and Last and Always. Plans for the second album, reportedly to be called “Left on Mission and Revenge”, were underway, but all was not well. Recent gigs had been fraught with tension and guitarist and lead song-writer Gary Marx left the band mid-tour citing “personal differences”, and left The Sisters to complete tour dates of Europe and the US as a three-piece (Thompson, D. The dark reign of gothic rock: In the reptile house with The Sisters of Mercy, Bauhaus and The Cure, Helter Skelter (2002)). He’s by no means vanished from history however, and soon turns up in Ghost Dance with Anne-Marie Hurst, former vocalist with fellow Leeds Goth act Skeletal Family, who had regularly served as The Sisters’ support act.

END_OF_DOCUMENT_TOKEN_TO_BE_REPLACED

The excellent Quietus recently ran this feature on the Sisters second LP “Floodland” to mark its 25th anniversary (and there is also an in-depth look at the Sisterhood’s Gift LP just here).

With the benefit of 25 years hindsight, listening to Floodland now is to confirm the feelings that it elicited upon its release in November 1987 – this is an album of mass contradictions. The Sisters of Mercy were always a live band – albeit one with mechanised beats courtesy of drum machine Doktor Avalanche – and a damn fine one at that. Swathed in dry ice, this was a band that dug deep into a vast catalogue whilst gleefully playing obscure or wildly surprising cover versions. Abba’s ‘Gimme Gimme Gimme’ and Dolly Parton’s ‘Jolene’ [don’t forget “Emma guys” – best of the bunch!] were all given the Sisters’ gloomy yet thrilling overhauls and garnished with a Martini-dry sense of humour. Set lists would be poured over and analysed by their obsessive fan base and so, much like The Cramps, became one of the most bootlegged bands of the 80s.

END_OF_DOCUMENT_TOKEN_TO_BE_REPLACED 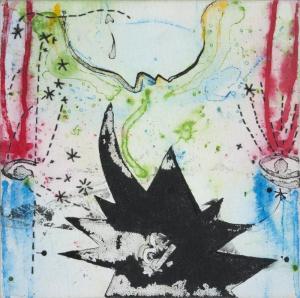 Julien’s Auctions have several Porl Thompson items listed in their Icons & Idols 2012: Rock n Roll auction.  The Porl items are lots #157-170, and include guitars, equipment, clothing and one piece of artwork. Auction starts on December 1st at 10am PST.

They include a red ensemble (picture below) worn by Porl Thompson of The Cure in the music video for “Lullaby.” The ensemble comprises a wool antique military style coat adorned with gold bullion trim and faux wooden ammunition with metal tips and a pair of stirrup trousers with gold trim lining the outer legs. The pants are labeled “Working Wonders 97 Caledonian Road London NI.” The Cure’s “Lullaby” won the 1990 BRIT Award for Best Video. Accompanied by a certificate of authenticity signed by Porl Thompson.

END_OF_DOCUMENT_TOKEN_TO_BE_REPLACED

Here’s a cracker – and thanks as ever to the selective Chain of Flowers blog for another great find.  The staff from Spectrum Culture choose their favourite cure tracks, but only one per LP… Here’s their selection: