Here’s a cracker – and thanks as ever to the selective Chain of Flowers blog for another great find.  The staff from Spectrum Culture choose their favourite cure tracks, but only one per LP… Here’s their selection: 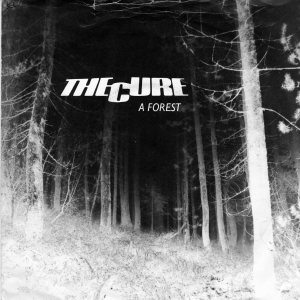 Seventeen Seconds saw the first changes afoot in the Cure. A following having latched on after Three Imaginary Boys and on the backs of singles “Boys Don’t Cry” and “Killing An Arab,” 1980 was the year the group would smartly pivot into uncharted terrain and accrue their greatest successes so far. Though the album’s ragged “Play for Today” hearkens back to the band’s origins, all splash and punk nerve, angular guitar-driven jangle, the rest of Seventeen Seconds is more languorous. Despite keyboardist Mathieu Hartley’s short lived stint with the group, the shift in sound that accompanied his time was significant: heavy-lidded synth textures, first appearing in force here, encroached further and further into the Cure’s sound on follow-ups Faith and Pornography. And, replacing Michael Dempsey on bass, Simon Gallup’s evocative styling played a central role in Seventeen Seconds, a pattern the band repeated as the decade wore on.

Their first single to have major commercial impact – coming in at #31 on British charts, “A Forest” towers above Seventeen Seconds. A texture peeled thin sweeps in Smith’s plaintively resonant guitar before Lol Tolhurst’s dry snare and Gallup’s distinct hook snap the song’s spine in place, giving the meandering initial direction. Smith’s vocals, warped in a desperate air, float and echo off “into the trees” as brassy synth swells crash. His searching lyrics (“I hear her voice/ Calling my name/ The sound is deep/ In the dark”) set the tone for the record’s gothic successors. Then, Tolhurst gets a leg up over the tempo and each element, pulling disjointedly at the track’s seams, falls in line. Posed between the languid instrumental ushering in the record (“A Reflection”) and the skuzzy sparseness that closes it (the title track, “At Night”), “A Forest” was the stand out on a record that saw the Cure building on already formidable powers. They would cap off the single’s success with others (“Primary,” “Charlotte Sometimes,” “Let’s Go To Bed”) that didn’t chart as high but nonetheless increased their profile. Seventeen Seconds’ scattered excitability would be dissolved in the haunted corners and languid trellises of the following year’s Faith. – Joe Clinkenbeard

Read much much more at The Cure: Best Songs | Spectrum Culture.