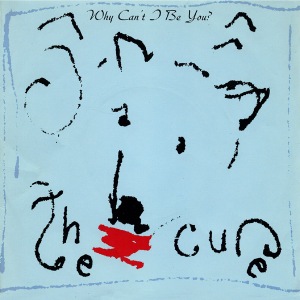 Tim Pope, director and all round nice guy, recently posted some of Robert Smith’s hand-written notes for the Cure’s “Why Can’t I be You?” video. He writes…

I often get asked how I worked with artists and specifically Robert. Robert would send me the track and I would see how it inspired me, what images came to me, what ridiculousness I felt we could get up to. We would then meet.

Usually for some bizarre reasons there would often be common ground to the ideas. Going away afterwards, Robert might draw some sketches (at other times one of us might bring these to the meeting). Robert, for example (as far as I can recall) came up with the wardrobe on the cliff. It was me that decided where it should go from there. Much of The Cure’s music was very cinematic, as were other bands like The The or Neil Young. You’d have to be a dork not to make great videos, to be honest.