This came up on the excellent “put on your mask and animal skins” Killing Joke blog.

what’s THIS for…! is Killing Joke’s second LP, and its cover, left, will be familiar to many Killing Joke fans.

The iconic cover features the Mike Cole staples of the man in shorts (click here for a Mike Cole interview identifying this man), plus the vintage bald clown head – but where do the buildings on the left hand side come from?  Prague?  Barcelona?  Hamburg?  Moscow?  I’ll give you a clue – Aha!

…and this is where you might have seen it before, if you are of a certain age and liked post punk stuff, which I did and still do.

If I’d have realised in 1981, I would have gone down there and licked the building there and then. 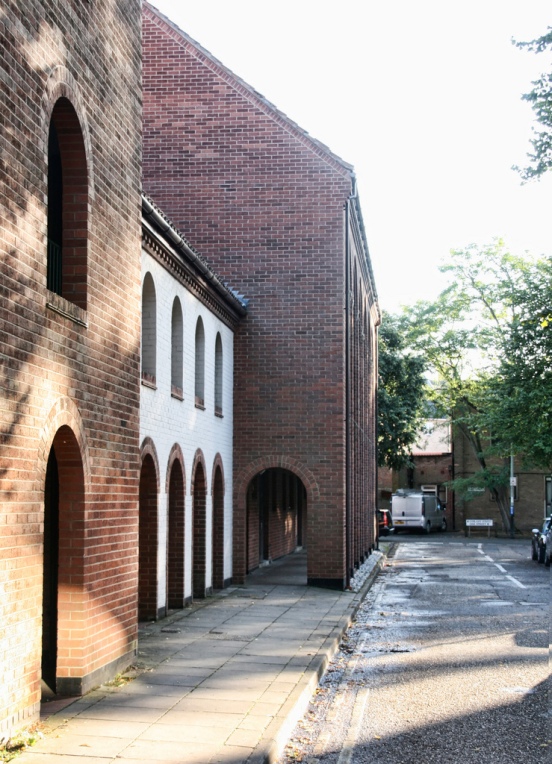