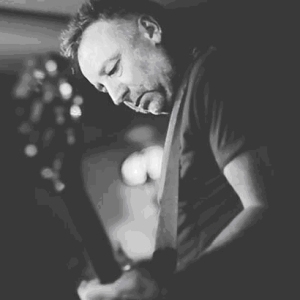 Legendary bass player Peter Hook has announced today that he is moving the focus of his band Peter Hook and The Light from Joy Division to New Order. Hook is going out on the road next month and will perform the first two New Order albums in their entirety – Movement (1981) and Power, Corruption & Lies (1983).

Hook has spent the past three years touring with The Light, mainly exploring the legacy of Joy Division. Their gigs have been focused on playing the two Joy Division albums, Unknown Pleasures and Closer.

But The Light has always been more than just a tribute band. Hook was an integral member of Joy Division and New Order and there has never before been such an intense focus on performing the music of Joy Division live. People know the records, but very few can claim to have seen the band live – what The Light has done is allow fans to hear these songs performed live again.

I asked Hook why The Light are playing these songs now and why New Order never really played a lot of their early material: “Before ‘New Odour’ – as I call them – split up they wouldn’t play the early stuff. They didn’t rate it and wouldn’t play it. One thing that playing the early Joy Division stuff has taught me is that people really want to hear all the songs.”

He added: “I would like to play every song we have written chronologically before I kick off my shoes and go and join Ian [Curtis] in the great orchestra in the sky.”

Hook’s bitterness over his split from New Order in 2007 is still clear: “I consider them to be New Order as much as I consider myself to be Joy Division. They are using the name New Order fraudulently because they didn’t consult me or get my permission to use it,” he said.

The musician believes a loophole in British Company law has allowed the other members of New Order to push him aside in a way that may be technically legal, but is certainly nor moral: “They reformed without asking me, they just did it behind my back. New Order is a limited company, just like Coca Cola. What they did is just like three guys in Coca Cola saying well we know you worked here for 30 years, so here’s 50p [for your effort],” Hook says.

“All four of us owned the name, but they invoked a loophole where the voting in a company can be changed when a director is abroad. They used that to get rid of my vote, regardless of how communication has changed since that company law was created,” he adds.

Regardless of the obvious rancour with the other band members, Hook’s plan to revive the early output of New Order will be welcomed by fans.

“Most of the early New Order material has been ignored for more than 25 years. The idea of playing these two albums in full is to feature the songs as they were written and to celebrate the LP and the art of the record. There is also a perfect musical continuation from Closer [Joy Division] to Movement [New Order],” Hook explained.

Playing an album track by track might not be the best way to play a gig though – what about the crowd-pleasers? Hooky believes that his audience know what they like and enjoy the chronological approach: “Closer is not very upbeat and it required a lot of concentration from the audience, most of whom have been very gracious – we haven’t ever been bottled off stage!”

“We always found that we could play some of the other songs as an encore and send everyone home happy. Whilst Movement is very intense, there are some fantastic songs on there; it’s more ‘uppy’ and ‘rocky’,” Hook points out.

Hook recently published a well-received history of Joy Division titled ‘Unknown Pleasures’. Despite the band receiving a great deal of attention over the years this was the first time a band member had documented Joy Division from the inside.

New Order vocalist Bernard Sumner is working on a book documenting the history of the band. Hook is also working on his own book, so I asked how that is progressing.

“Joy Division was only three years and with New Order much more was recorded so I have a lot more material, but unfortunately that means I have so much more choice, I have to look at it all and wonder what am I going to leave out,” Hook says.

via Back to Basics: Peter Hook Hits the Road With the Songs of New Order | Mark Hillary.